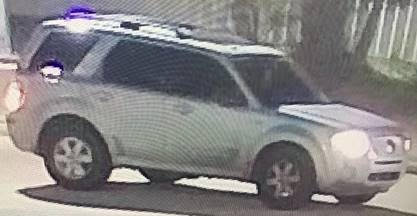 Jan. 3, Vidor Police Chief Rod Carroll reported an aggravated robbery that had occurred at Super Stop #1 Convenience Store located at 20854 IH-10 in Vidor shortly after 4 a.m. According to Carroll, responding units checked the area of the robbery but were unable to locate the suspects.

Details from the scene of the crime allege that the suspects pointed their guns at the clerk and a customer that was in the store and threatened them. The suspects left the store after retrieving an undetermined amount of currency, apparently riding off in a light colored white or silver Mercury Mariner SUV that headed westbound on the IH-10 service road.

Crime Stoppers will pay up to $1,000 for information leading to the arrest and conviction of the individuals responsible for this crime. The tipster may remain anonymous. Contact Crime Stoppers at (409) 833-TIPS (8477).