While we harbor no disrespect for the Wall Street Journal who called us “that scrappy little paper from Southeast Texas,” we prefer to think of ourselves as simple seekers of the truth. We’re of the opinion that headlines and sound bites never tell the whole story. Our readers demand all the facts, facets and flavors of every story or event. And, they expect to be informed, educated and stirred to action.

Since founded in 1996, we ask the questions others won’t. We’re not afraid to poke a sacred cow or call a pig with lipstick, well ... a pig. Our stories are the kind that move a community to action, create change and sometimes, even right a few wrongs. Our brand of hard hitting, no nonsense investigative news is the kind that people still talk about years later. Balanced with the most comprehensive coverage of community events and entertainment happenings in the area, we’re pleased to be the newsweekly that brings more of the community to our community.

In our more than two-decades in the business, we’ve helped right wrongs, change legislation and shed light on the real issues. The efforts of our tireless staff have earned the weekly paper hundreds of awards over the years from the National Newspaper Association Better Newspaper Contest. 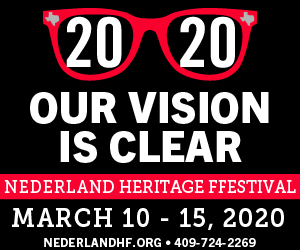